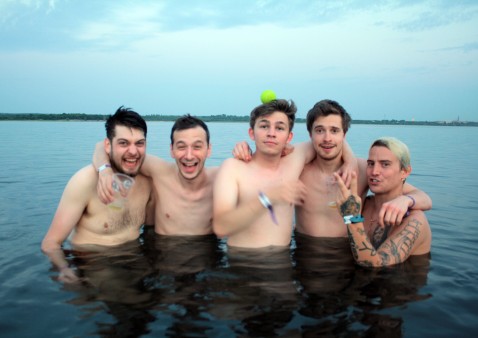 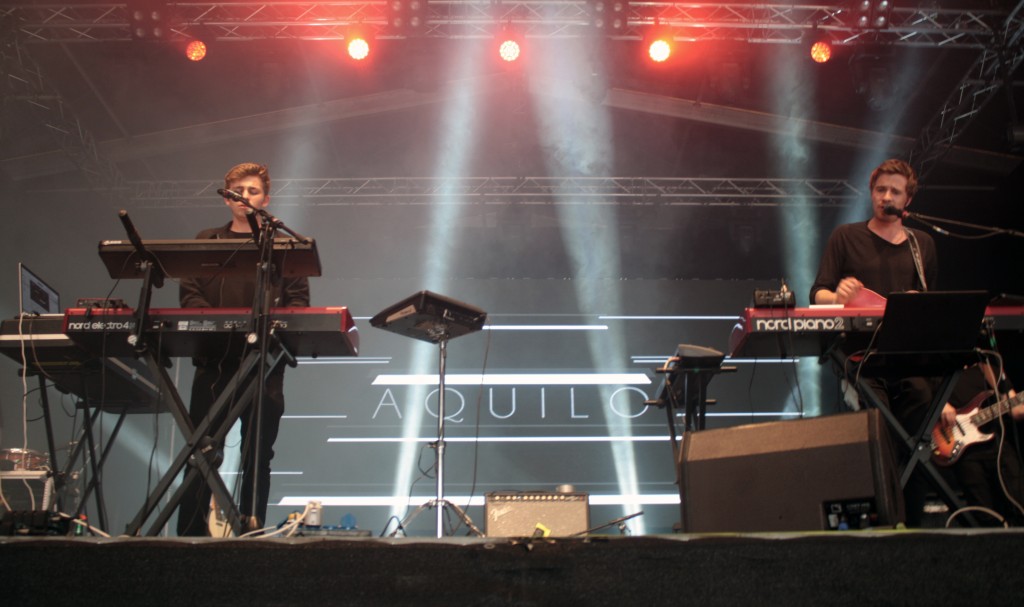 So it’s the Gemini stage at 7.30pm in Ferropolis, ‘The Iron City’ at Melt! Festival, one of the biggest open-air music festivals in Germany. It takes place in Gräfenhainichen somewhere seemingly equally as exciting & simultaneously uninviting as jumping of a rock without knowing the water’s depth below.

Melt! festvial has been running since 1997 & it’s mind blowing. Named number 2 in Resident Advisors ‘Top 10 Festivals’ for the last 3 years running. I’m wondering how many people know about this apocalyptic cluster-fuck of industrial equipment SO amazingly big, you wonder if someone has dropped something heavily Psychedelic into your cash’lessly paid drink – right next to a lake you can swim in! This could be the future. The line up is also right up Radio Active street.

We are watching Aquilo, the Lancashire duo whose “ravishing refined sort of dreamily sad electronica” as they call it, has pulled in a decent crowd. People know the songs & seem genuinely here to see specifically them rather than drifting in droves.

The set is strong. Tom and Ben are upfront almost riding their keyboards like race horses into MELT!’s coliseum. Their lighting rig and vibe are a spectacle to behold. We grab the boys almost directly off stage, there is that electricity flowing from a band that know they have ticked all the boxes.

They seem like a band not a double act and this is demonstrated with hugging & obvious camaraderie between them. I seize the moment and make the ridiculously stupid request to conduct our interview in the lake. The band agrees and at pace we all grab beers, hit the edge of the water and strip down to our boxers! House music booming in the background and before I can even ask my first question… 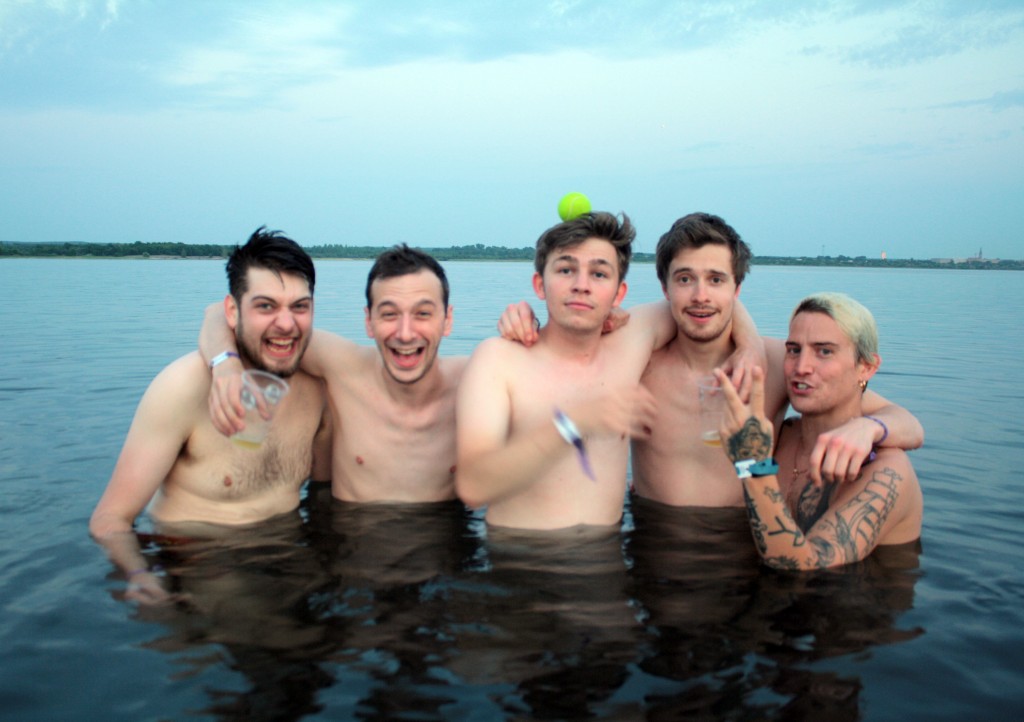 Radio Active: We need to set the mood! We’re at MELT Festival in the middle of a lake and this is probably one of the weirdest interviews we’ve ever done! Pretty grimy but surreal & beautiful. Having two front men and the obvious troubles this can bring, am I right in thinking you two were local rivals both in similar bands?

Aquilo (Tom): We were, we grew up in the same village and bear in mind Silverdale is very small village, South of the Lake district.

Radio Active: Did you just touch his penis?

Aquilo (Tom): Yes, I did, it was an accident (They both laugh hysterically) There are about 2.000 people in Silverdale. It’s really small, everyone knows everyone. When someone bitches, the farmer knows.

Radio Active: When doing research on you guys the word ‘grunge’ came up, what’s the deal with that as it’s far removed from what you is doing now?

Aquilo (Ben): Tom is five years older than me and was in a band. They didn’t play metal music but it was heavy and that’s where the grunge thing came in – Those dudes over there are skinny dipping. Fair play!!!!

Radio Active: (NB: bear in mind we are in a world of absolute chaos in the middle of a lake drinking beer – it’s a miracle they are still holding it together. You can hear hysterical laughter and cheering and whooping from the whole lakeside.) 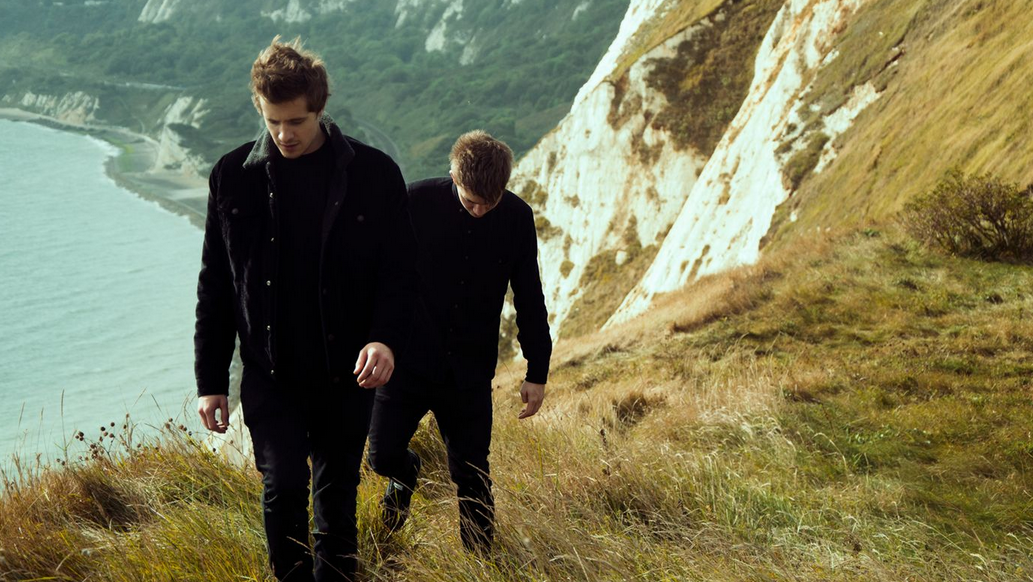 Aquilo (Ben): I was in a grunge band: me and my best mate from primary school. Tom had a very similar situation. So how far away from each other were the schools? Ben: The same school! Tom was 5 years older so he never talked to me.

Aquilo (Tom): That sounds really bad! We were in a different friendship group so obviously the communication was minimal but our parents were friends, remember in that area everyone knows everyone. The reason we got together was, I came back from Uni and was working in a factory…

Aquilo (Ben): This is after years of being so close, for example my band was supporting Tom’s band.

Radio Active: So when you were in separate bands, was their rivalry, aggression or competition?

Aquilo (Tom): To an extent yes, each one obviously wanted to be the better band. Ben: My band was so much younger 5 to 7 years younger but we always supported Tom’s band because they had more followers, they were older….

Aquilo (Ben): Tom’s band had more fans. We were taking it VERY seriously.

Aquilo (Ben): My band were like we FUCKING want this but after a few years and some good support slots it just wasn’t happening so I started writing my own acoustic music. The same songs just stripped down: me, my guitar, garage band & laptop. Tom heard it somehow; well we lived almost opposite each other…

Aquilo (Tom): So I became aware of Ben’s music when he put it online, we were neighbours basically. We had the same postcode! But it happened online.

Aquilo (Ben): He came round after I saw him and asked if he still wrote music, then amazingly one of the first songs we wrote was ‘Calling me ’ (both start laughing) which is our current single!

Radio Active: That’s interesting as I asked some of your fans during the gig what they would like you to play and they said they wanted ‘Calling me’

Aquilo (Ben): Thing is, it’s awkward, it’s one of the first ones we wrote together but one of the later ones we put out. It kind of feels like old news. As much as we love EP’s, our forthcoming album is a real body of work. Our next album… we want people to be like ‘listen to this, because we have something to say’. We signed to Island Records, we have a fantastic team around us and this is going to be the biggest representation of ourselves.

Radio Active: When I researched you I was prepared for a double act but you guys really seemed not only like a tight band but REALLY seemed to be enjoying yourselves?

Aquilo (Ben): Our Drummer and Bass player grew up in the same area as us. They played in the same band scene and are like best friends. We do really consider ourselves as equals. We are really, really good friends.

Radio Active: Oh shit here comes a boat, are we too far out?

Aquilo (Ben): Is it the coastguard?

Aquilo (Tom): This has been the best interview ever!!

Someone threw a tennis ball in from the shore and a serious game of diving catch ensued – The end of an amazing interview with a band that have a true grass roots connection. Wet slimy hugs and sweet goodbyes and the Lancashire lads dry off and head up to the bar in the shadow of five monstrous excavators for opencast mining used in the 1900’s. Fuck me. What a setting! Best interview to date! 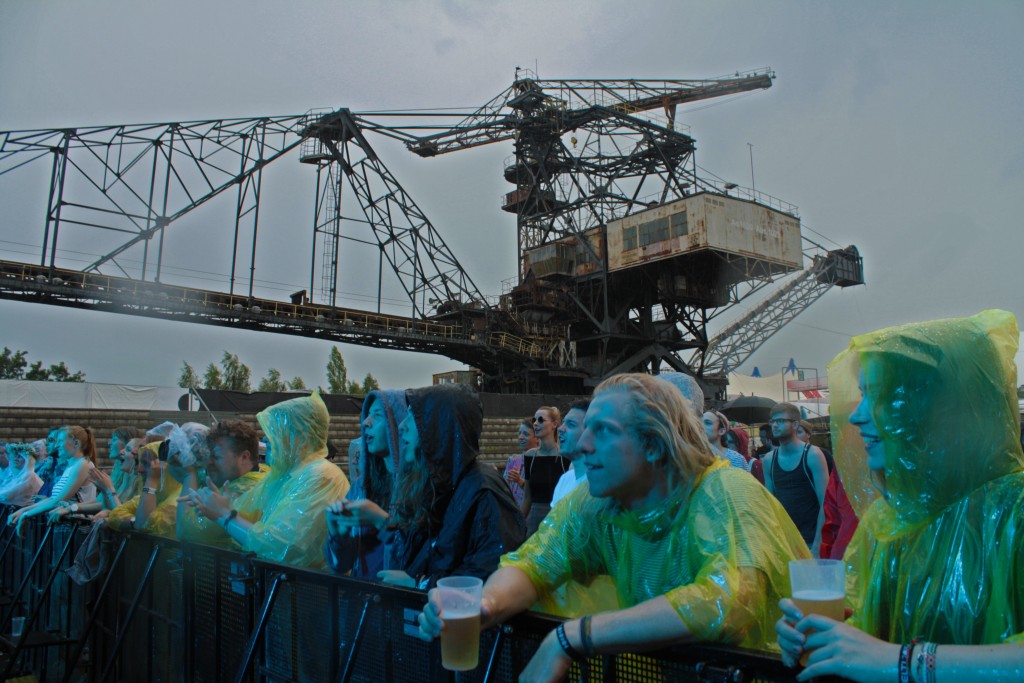 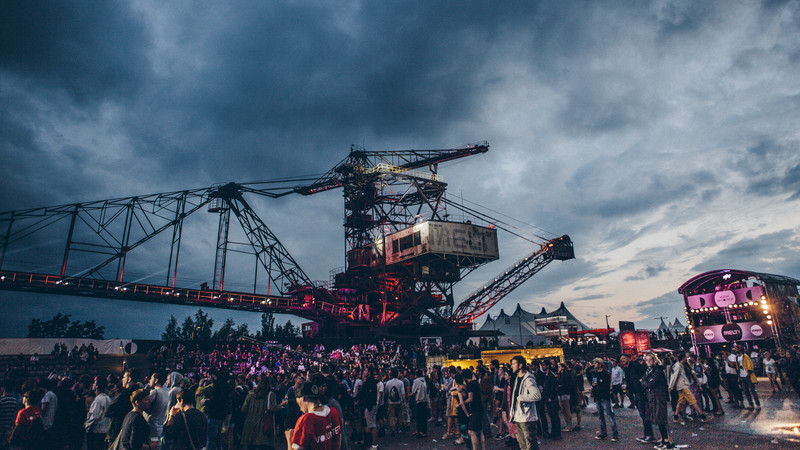 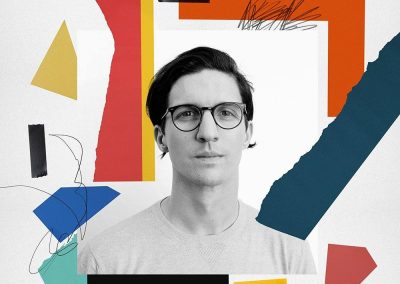 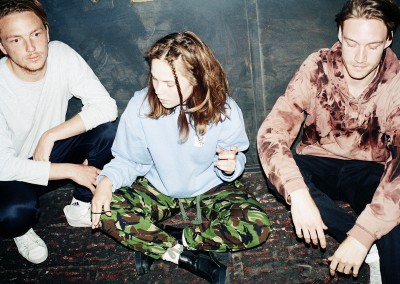 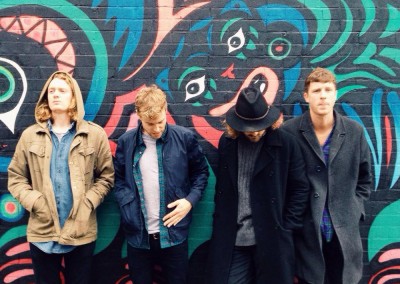